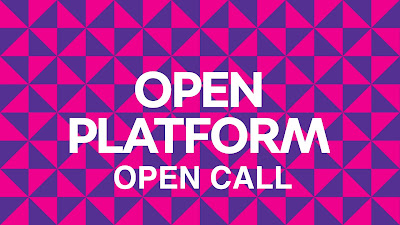 OPEN PLATFORM/RAP(s) - TwT. returns as part of AlgoMech 2017 - Sheffield's Festival of Algorithmic and Mechanical Performance and Art. Unmake or re-make technology by making performance from algorithmic processes or translating computational processes into physical presentations - and be part of another exciting evening of digital randomness!

We invite you to experiment, perform, express, make/un-make things, dance, move, present, sing, rap, read, or just stand still and tell us about your digital project or work - but without using anything digital! Anything goes as long as it is about or related to digital technology, 1 to 10 minutes in duration and happening on some sort of platform. You can use the wooden platform provided (65x95cm) or make your own.

OPEN PLATFORM_8/RAP(s) - TwT.algomech is open to anyone interested in re-thinking the digital. 'Technology without Technology' (TwT) performances are a creative, playfully serious strategy to negotiate the 'unknowable' of digital technology and the constant information overload in our contemporary world.

OPEN PLATFORM/RAP(s) - TwT.  is a micro event series that explores the digital with physical means by asking performers to present digital work without using anything digital. Five performers take up the challenge of re-thinking the digital with free interpretations that are 1 to 10 minutes in duration, about or related to digital technology and happening on some sort of platform. OPEN PLATFORM/RAP(s) - TwT. originated at Access space in 2012 and is curated by Susanne Palzer.

Please note there will be a small fee to cover expenses.
For further information please contact Susanne Palzer. 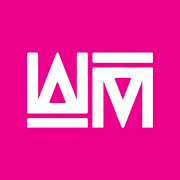 AlgoMech Festival seeks to examine the complex relationship between technology, art and performance. The first edition in 2016 celebrated the resurgence of making in performance, this year we will contemplate an underlying theme of unmaking.

We are roaming! For our first MOBILE PLATFORM event two performers, Jake Harries and Susanne Palzer, travelled from Sheffield to the UK City of Culture 2017 to perform alongside local performers/presenters in Hull. OPEN PLATFORM/RAP(s) - TwT.B2Gat60.Hull was a collaboration between OPEN PLATFORM/RAP(s) - TwT.  and B2Gat60.Hull.2016/2017: open events at Ground organised by Brian G. Gilson. #digitalnetworkwithphysicalneeds


Doodle Doot Doot - Doot Doodle Do Doodoo is a subjective transcript for voice of digital sounds of Kraftwerk's 'Taschenrechner'. First transcribed from Kraftwerk, The Mix (German Version), 1991, for OPEN PLATFORM_1, 2012, and performed with an analogue calculator made by John X. Moseley.


Jake Harries - Letters to the Lonely


Mathias Tornvig from Denmark made use of two platforms, several props and finally climbed around the whole space to make us understand what it is like to be INSIDE Blender, a free and open source 3D creation suite.


Pelle Hjek, also from Denmark, gave us a physical demonstration of Turtle. The Turtle System is a free educational program developed at the University of Oxford. Apparently "this sort of programming, and the results it produces, are easy to understand because they are so immediately visual" but those audience members with limited programming skills were confronted with a rather beautifully mysterious performance.


Lou Hazelwood presented another version of her timehopping reading performance compiled from snippets of overheard conversation: the temporality of memory and its fragility is now stored in many mainframes and we are reminded of moments in our lives not by our senses or our relationships with people but by algo-rhythmical data. Facebook reminds us in date order of our memories; the fluidity of experience lost to time.

Brian G Gilson - Title Yet To Be Confirmed

Like at OPEN PLATFORM_7 in Sheffield Brian G Gilson engaged two members of the audience in his performance, presenting a different version of Title Yet To Be Confirmed.

MOBILE PLATFORM aims at 'building a digital network with physical means'. To achieve this we are collaborating with partner organisations interested in integrating with the platform based on our 'source code': the event format. If you are interested in hosting an event please get in touch here.