2014 has been a busy year so far and since OPEN PLATFORM_5 we have been engaged in many other projects and developments. We will be back with new editions of Technology without Technology next year - watch this space! 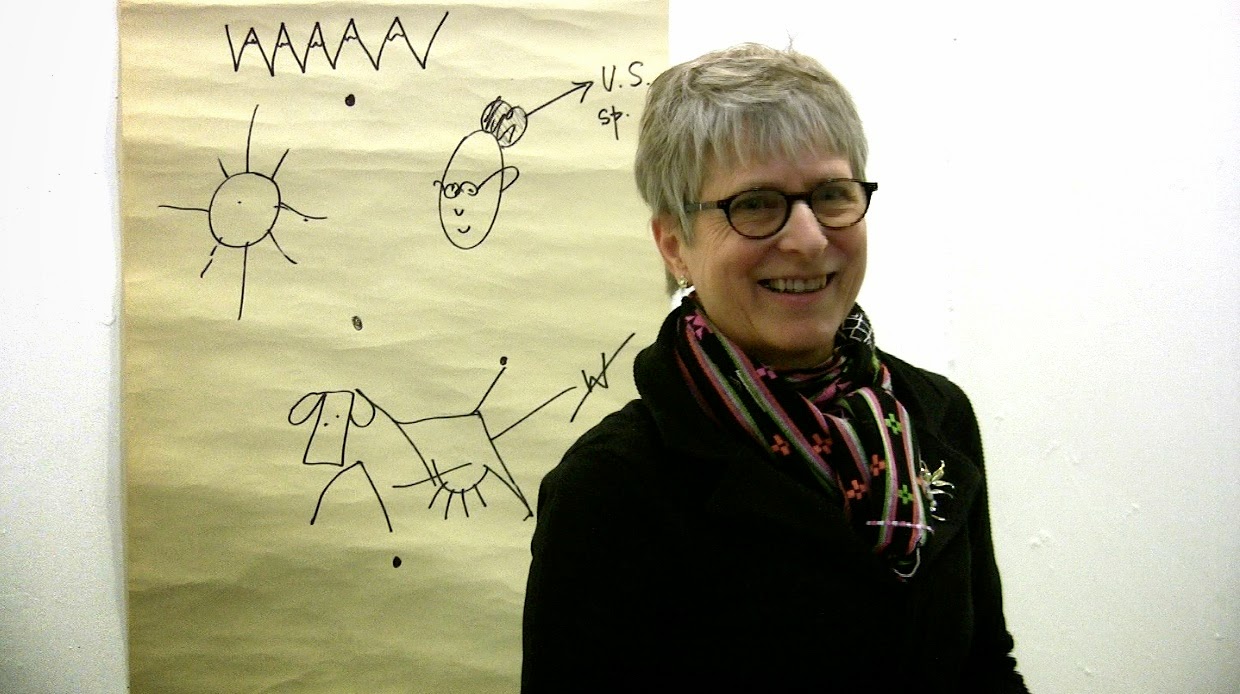 The saddest news reached us in May when Sunshine Gray, sound artist, friend and OPEN PLATFORM collaborator and supporter passed away. To applaud her and honour her contribution to OPEN PLATFORM we are breaking our principle of not publishing video documentation: you can watch Sunshine's performance 'Body Sounds II/Audience' here. Jake Harries and Susanne Palzer will be staging a mini OPEN PLATFORM at Sunshine's Memorial Celebrations in Lincoln on Friday, 21 November.

Throughout her life Sunshine touched on the lives of an uncountable number of people with her work as a musician and sound artist and as an amazing person. She will be missed by everyone.

In July we, Alex McLean and Susanne Palzer, presented a preview of our new live coding experiment 'On-gaku' at Bloc Projects, Sheffield. In our second collaboration Alex was back to using his laptop rather than knitting needles ('Binary Transmission', Open Platform_4) while I performed 'On/Off' alongside his live coding with Tidal. However, this time we connected a pressure sensor to my platform so that Alex' screen was only projected while I was 'on'. As Alex worked with a wireless keyboard he had to cope with only seeing the code he was editing for fleeting moments. In joining our individual practices in this way our difficulty was more visible on both sides. In his case, he could not see his screen for most of the time and my physical exertion became clear.

Technology without Technology in unexpected places


Especially enjoyable for OPEN PLATFORM were the live sessions on live coding without computers - a playful and unexpected experience in the context of the symposium.

OPEN PLATFORM has started a collection of #TwTworldwide. Look out for the hashtag on Twitter! Here is a recent gem:

We applaud and honour Sunshine Gray, sound artist, friend and OPEN PLATFORM collaborator and supporter who sadly passed away in May. Throughout her life Sunshine touched on the lives of an uncountable number of people with her work as a musician and sound artist and as an amazing person. She will be missed by everyone.